Last Thursday I found a male Stag Beetle (Lucanus cervus) lying dead on a window ledge.
The next day I found this one on the lawn, which was due for mowing.
The beetle seemed to have a damaged right rear leg and could not easily walk. It was hardly moving. 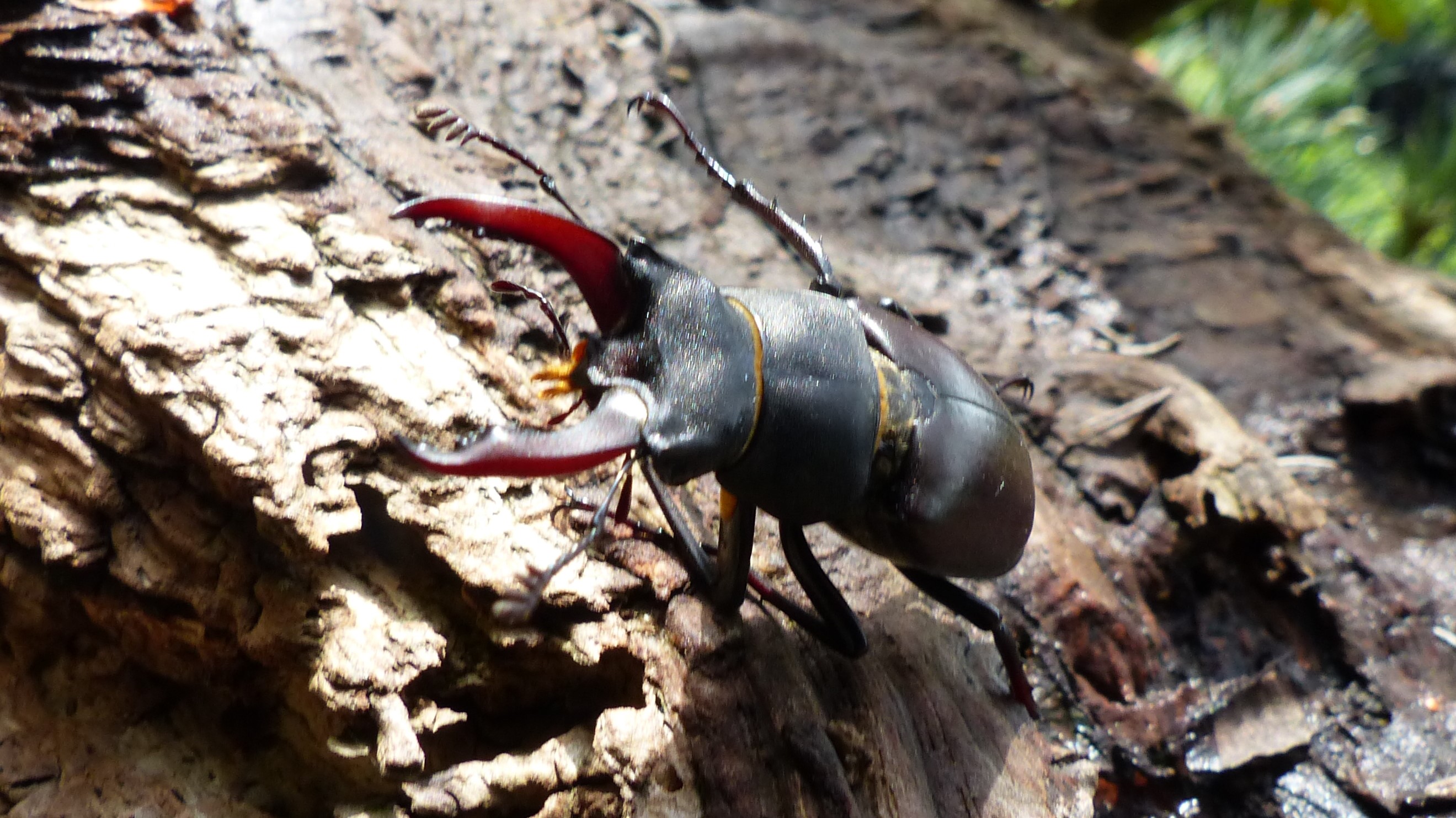 I gave it some water and it seemed to recover, so I moved it to a less exposed, "safer" place near an old tree stump. 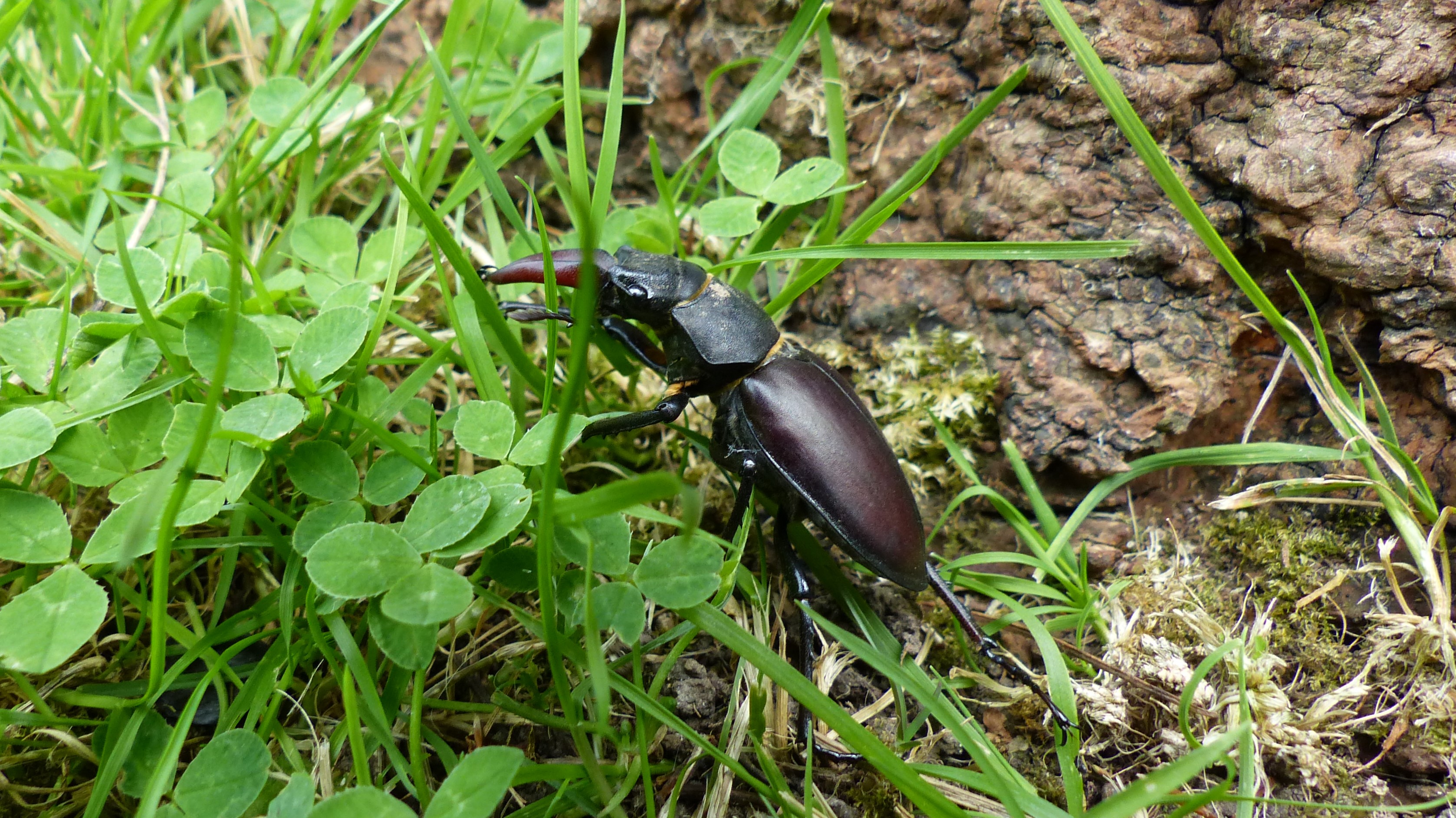 The next day I went back to see if it was there. As I approached, a magpie flew off and this is what I found on the grass. 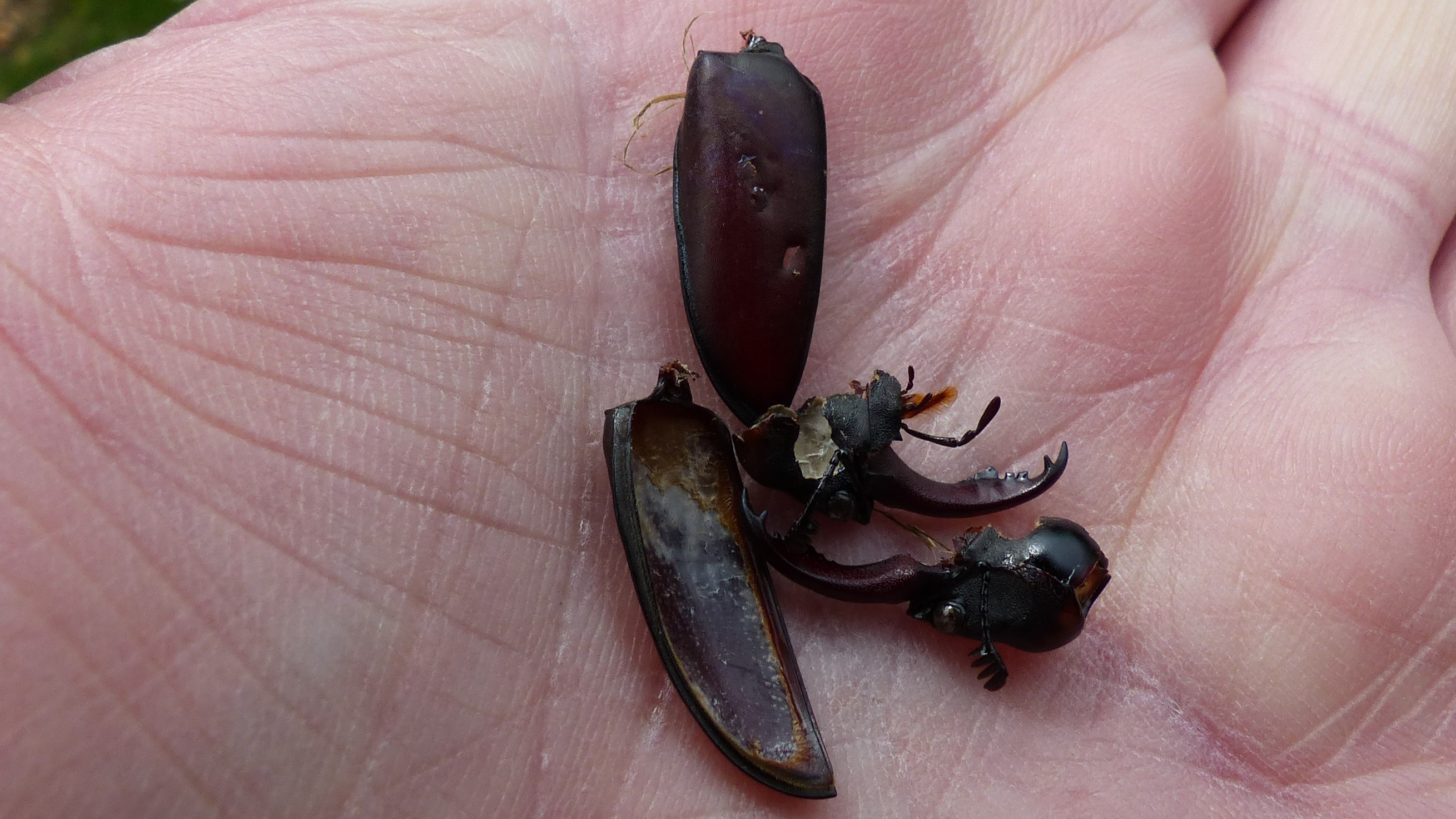 Then I saw movement nearby … 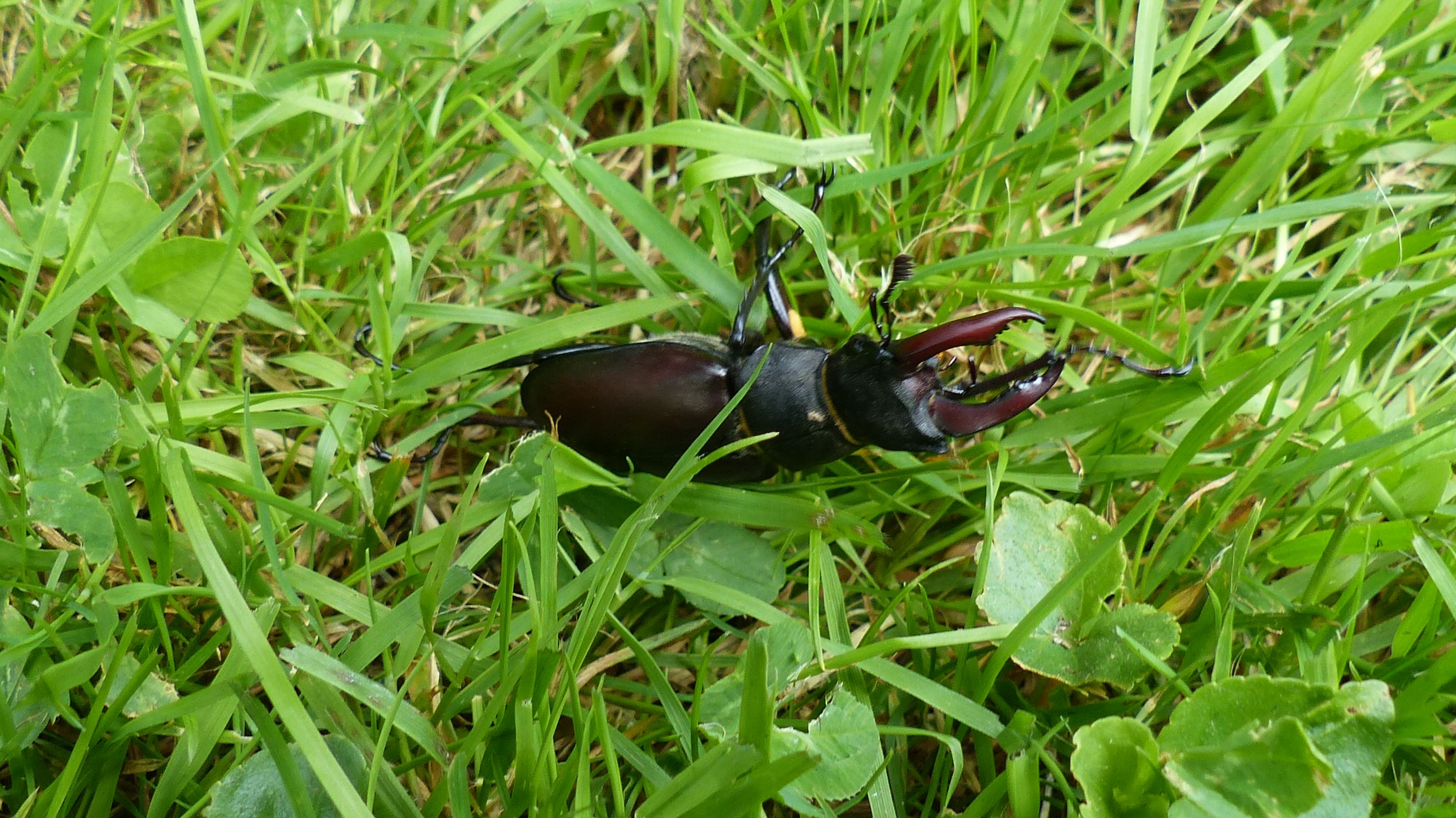 He was alive, but struggling with the grass, and in a place where beetles are being eaten!
I moved him back to the stump and he found a hole to hide in. 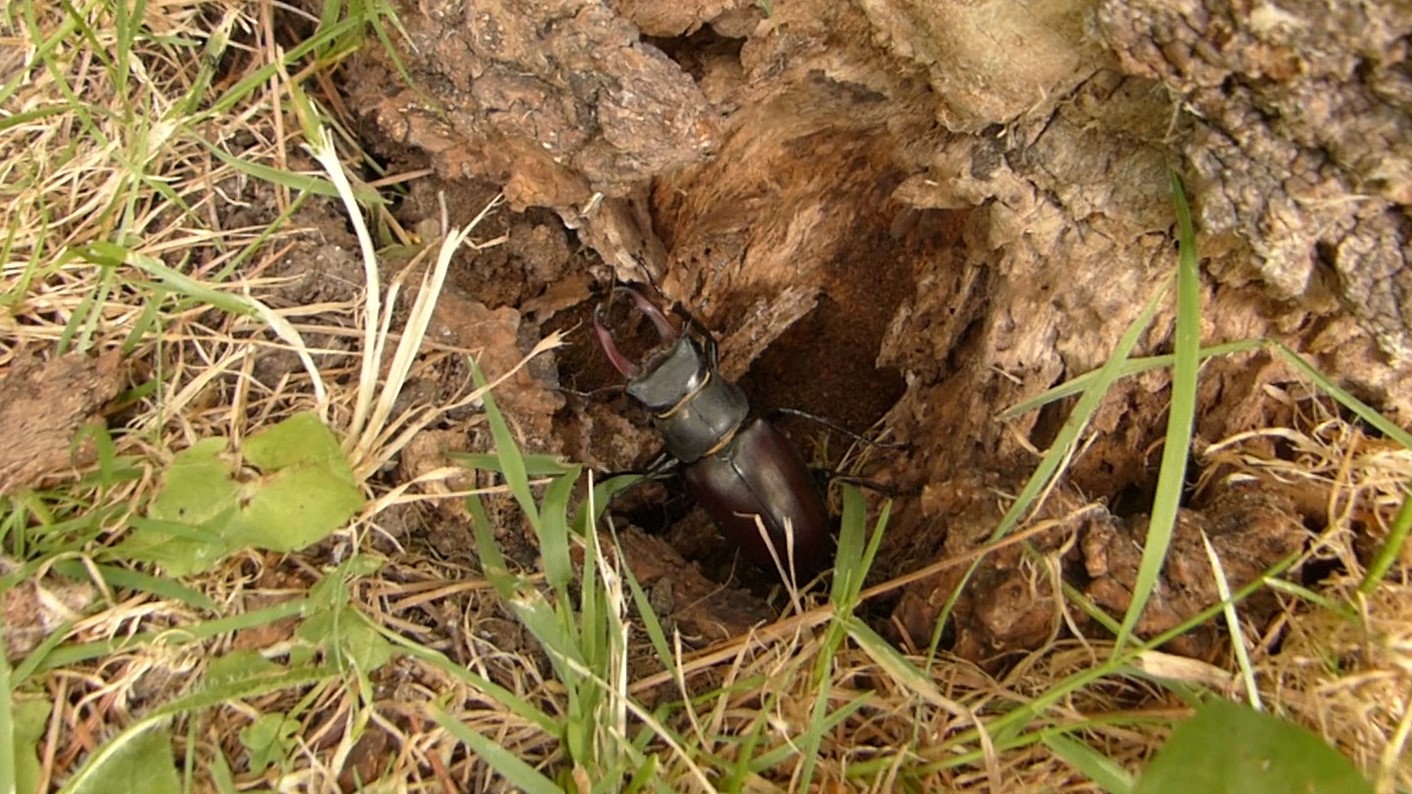 Next day he was gone and a found a similar beetle dead by the house.
It must have been from the same brood, but didn't have that little grey mark on the elytra, so I hope "my" beetle had found a mate and was hiding.
Every year I look for these creatures, which my father once told me he first saw here in 1963, when he inadvertently destroyed a nest of several larvae in a large hollow elm log.
The house was new then and it seems was built in the flight path of the Stag Beetles. They usually gain enough height to go over the garage roof and have been known to land in car windows.
We cannot "save" such creatures by hiding them in holes, but we can help provide nest sites by leaving stumps and fallen trees.
Posted by Yetanuvva at 03:13